Time to face it – Relationship Abuse is real 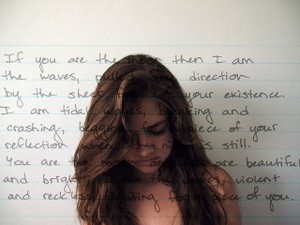 When you are in high school or college, that first or second relationship is the most important one of your life.  You obsess over ever text, every moment spent together is rehashed in your mind and the anticipation of the next time you are together is overwhelming. You look forward to the future and where this relationship may be headed.

It is shocking the first time this person, who you love so much and is supposed to love you, says something cutting and mean.  Everything seems to be going well and out of the blue rises a rage you never saw coming.  You are trying to figure out what you said or did that may have provoked this person or caused him to be so upset with you.  You blame yourself instead of recognizing the issue is not with you. Maybe next comes a slap or a shove that you never suspected this person would be capable of. You brush it off and think to yourself “that was very unlike him” or “it was just one of those moments where we all lose our tempers.  He didn’t mean it”. But then it happens again.  He says things that cut you to your core.  He finds your greatest insecurity and uses it against you. He makes you feel bad about yourself and tries to belittle you.  Then out of nowhere tells you he loves you and how sorry he is. He tries to make it up to you by buying you things or acting very sweet. So of course, you think this will never happen again, until it does. Verbal belittling, isolating someone from her friends and family and physical violence of any kind (a push, an arm grab, a slap, or even pinching or pulling hair) are unacceptable and all signs of relationship abuse.

Dating abuse is very common in young adult relationships.  Many women often find themselves in these situations and are not equipped to handle the issues in front of them.  They are unsure how to get out of the relationship or even if they want to.  This may be the first person they have ever loved or be afraid of the consequences if they try to leave. They fear for their reputations, safety and the possibility of never falling in love again.  That is not to say younger women are weak.  It is just the opposite, they are strong because they tolerate the abuse that no one should ever have to and often without telling anyone for fear of the consequences.  Abusers do not discriminate.  It can happen to an average college girl, a high achieving high school student or even a celebrity.  Two famous women have disclosed recently that they were in abusive relationships.  The first is Sarah Hyland from Modern Family and the other was Debby Ryan from the Disney Channel.  Sarah had to get a restraining order to keep her boyfriend away and Debby is now speaking out with various organizations against domestic abuse.

A woman in this type of relationship needs a good support system around her and a plan in place to help her get out of it. She needs to know her friends and family stand behind her and will be there for her when it has ended.  She needs others to show her that her life as she knew it has not ended because this person is no longer there and how free she will feel because she doesn’t have to worry about everything she says and does.  She needs to gain strength in numbers as well. When she has recognized that this type of relationship is dangerous regardless of her feelings for him and decided that it is time to end it, she should not be alone.  Support needs to be with her to have the conversation with her boyfriend so she feels safe and there isn’t a possibility of anyone getting hurt. Most likely her boyfriend will be very angry and act out because she is ending the relationship.  He may say hurtful things or lash out physically to try and change her mind or attempt to “brain wash” her into thinking her friends don’t understand what they share and don’t want her to be happy with him.  If necessary, campus security or police should be notified if she truly believes she may be in any type of physical danger. Although ending the connection with the abuser is difficult and may hurt for some time, in the long run it will save your life in many ways.  No one has the right to speak to you in a degrading way or hurt you physically.  Although love can be blind, it is never supposed to hurtful.

View all posts by: admin